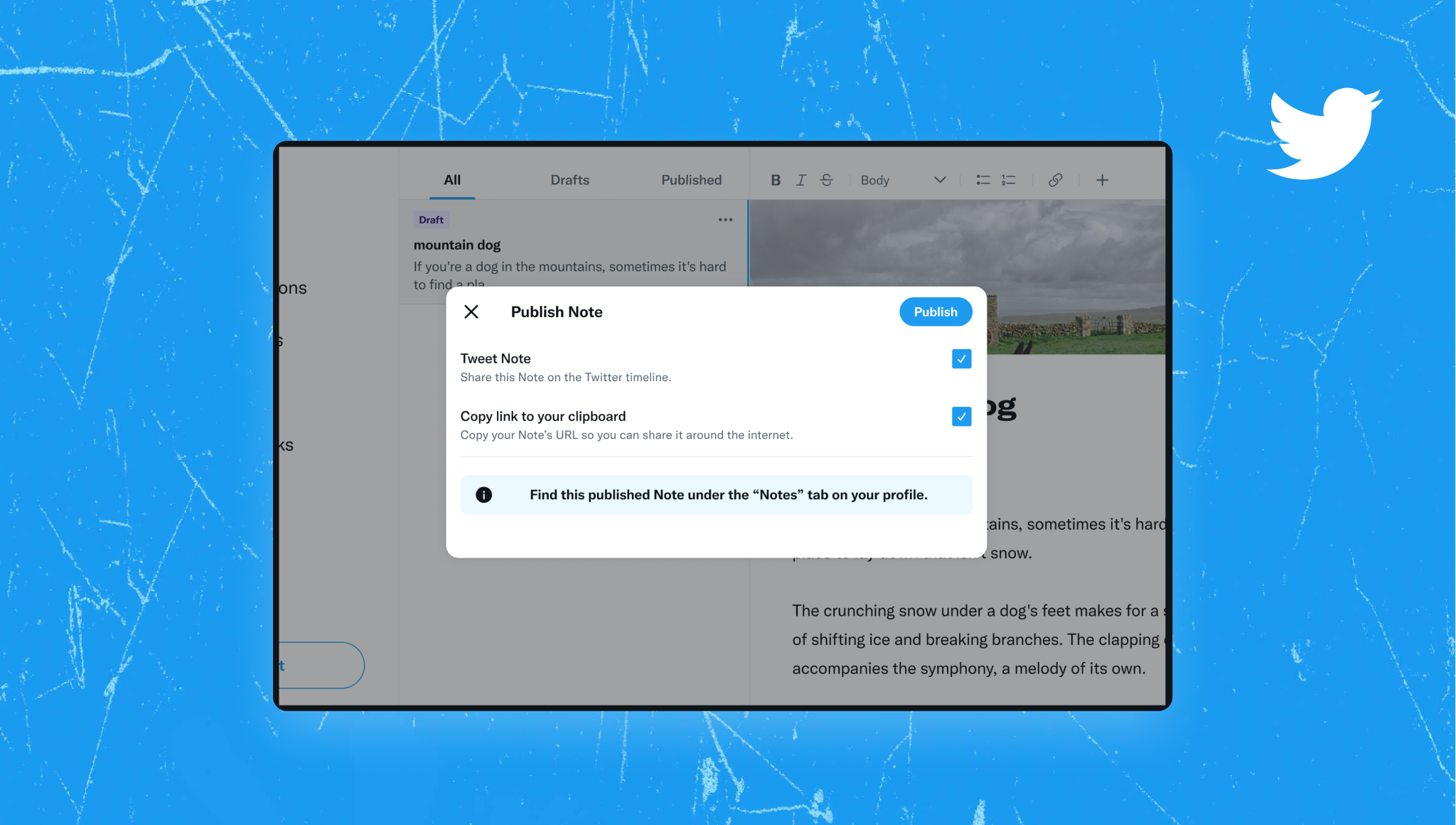 Twitter is trialling a new longform format that will let you shoot well past 280 characters, meaning you may no longer have to relay your humorous anecdotes via numbered tweet threads. Called Notes, the new feature enables users to write entire articles straight onto the social media platform, and even include photos, videos, GIFs, and tweets.

"From the rise of the screenshot announcement Tweet to the newsletter boom, a new reality became clear: people were writing long elsewhere, and then coming to Twitter to share their work and for the conversation surrounding all those words," said Twitter's Rembert Browne in one of Twitter's first Notes. "With Notes, the goal is to fill in that missing piece and help writers find whatever type of success they desire."

The feature is currently being tested by a small selection of writers based in the US, Canada, the UK, and Ghana, with the trial expected to run for two months. A Notes tab is also being added to these users' Twitter profiles, under which you'll be able to see all their published Notes.

Tweet may have been deleted (opens in a new tab)

Aiming to provide Twitter users with more flexibility and control, Notes' rich-text editor will enable writers to bold, italicise, and otherwise format their words. Titles are limited to 100 characters, but the body of a Note can reach up to 2,500 words before Twitter cuts you off — more than enough space to explain your passions. (Writers still have to stick to Twitter's rules though, so no lengthy treatises inciting violence.)

Significantly, users will also be able to edit their Notes after publication from the outset, which is a notable deviation from Twitter's anti-edit stance of yore. A label signalling that the Note has been edited will be added to the top of the article, and Twitter has said it is requiring users who are part of the current test to "include updates in their Notes informing readers about changes they have made to the Notes in a manner consistent with best practices for online editing of published content."

It isn't clear how this will be evaluated or enforced, nor whether and how it will be when Notes rolls out to a wider audience. Mashable has reached out to Twitter for comment.