How I became CTO in just a few years

I'm not sure how to start about this, so let's go with the beginning.

I've been in the webdev industry for just a few years and am the CTO of a small french e-health company that provides programs for people who suffer from weight, insomnia or stress issues. And that feels great, believe me !

So you might be asking yourself where I'm going with this ...

At the very beginning

The thing is, this wasn't quite the career I was aiming at when I started college and then graduated. I did start with a computer science two year course where I learnt the basis of algorithms and how to code in C, C++ and other cool stuff like that, but the teachers, at the time, kept telling us that being a developper was like being a the bottom of the food chain.

Clearly, according to them, the trend was to be on the functional side of tech. So I went on with a masters degree to become project manager. Therefore, I started my career by writing functional specifications (Gasp).

I was working for this big power company writing specs on data exchange between the different apps and noticed we had no way to know where the data really was. So I developed a small Java JSX app that enabled us to track the data, it worked so well, they put it into production, I was thrilled !

I thought, what the hell am I doing writing functional specs and wanting to be project manager, I hate all of that! At this point, I was regretting all I had done until then, thinking that I would never be fully happy with my career, ever.

This company then started to replace their awful palm devices by iPads and were looking for developers to build the new apps. So they hired this guy to start working on the stuff and I dared to ask if I could have a try on working with him, and if he would mentor me. This is the best decision I have ever made in my whole career!

They accepted ! They gave me the chance I needed. Up to me to make it worth it.

I worked 2 years there was great to learn, but the thing with big companies is that you never really get to see the whole picture. You just work on a part of a project. So I left, to work as a Lead Fullstack developer in a Startup for 1 year and then had the opportunity to become CTO of another small company.

I decided to give it a try, even though I didn't really feel legitimate for the job. I felt like I was missing so much knowledge and that I would never manage to take the right decisions fast enough.

To the point now

A few points I'd like tech recruiters to not forget:

This is the first blog post I've ever written, and it feels right. I didn't want to start with some technical stuff. I really wanted to thank some people I follow on twitter for making me feel legitimate to write here. 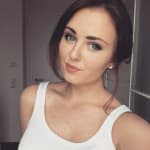 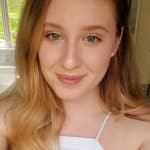 and all the others for making this happen.