Behind the Scenes: A Deep Dive into Back-End Development

Back-end development is an essential aspect of web development that plays a crucial role in the functionality of a website or web application.

Front end: the things you can see as a user.
Backend: everything else. 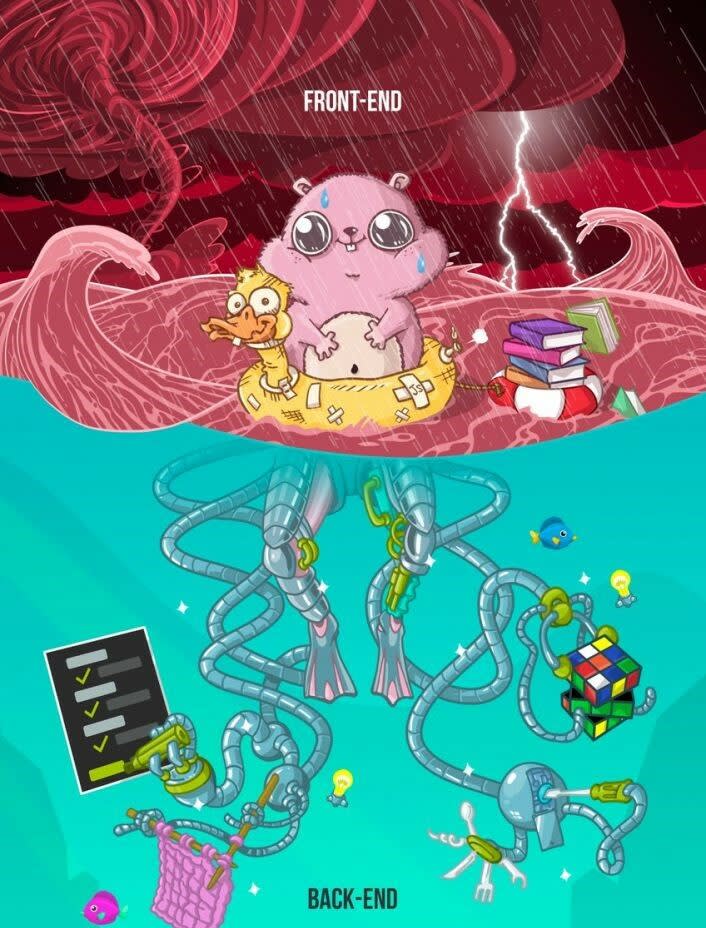 So in order to talk about backend development, let's revisit what front-end development is, it's the practice of creating user interfaces that are flexible and make it easy for a user to interact with data.

The back-end refers to the server-side of a website, which is responsible for handling data, performing business logic, and interacting with databases and APIs.

Another important topic in back-end development is databases. Databases are used to store and retrieve data for a website or application. They can be used to store user information, content, and other data. There are many different types of databases, including SQL databases like MySQL and PostgreSQL, and NoSQL databases like MongoDB and Cassandra. Each type has its own advantages and use cases, and it is important for back-end developers to understand how to interact with them.

Finally, Application Programming Interfaces (APIs) are another critical topic in back-end development. APIs allow different systems to communicate with each other, and they are often used to connect a website or application to external services, such as social media platforms, payment processors, and other third-party services. Back-end developers need to understand how to create and consume APIs, as well as how to secure them to protect sensitive data.

Backend development is a practice of creating those plugs into the data, oftentimes called an application program interface or API. I honestly like to think of the backend as like a panel of plugs, where each plug returns a massaged subset of the data, and the panel itself hides away all the complexity of fetching from and updating to the database. Unlike front-end development, back-end isn't specific to any one platform, in fact it serves as more like a foundation that supports whatever platforms sit on top of it.

So what's in the stack?

Well usually it involves two types of languages: one is a server-side programming language that helps build the API itself - commonly used are Python Java Ruby PHP and javascript.
And the second is a SQL language to actually fetch the data from the database. And what are the important factors and skills for working in back-end development? One is to have the architectural skills for making well-organized, extensible, and testable code.

Thank you for reading :), To learn more, check out my other blogs. If you liked this article, consider following me on Dev.to for my latest publications. You can reach out to me on Twitter.