The best beer dispensers for pouring a pint at home 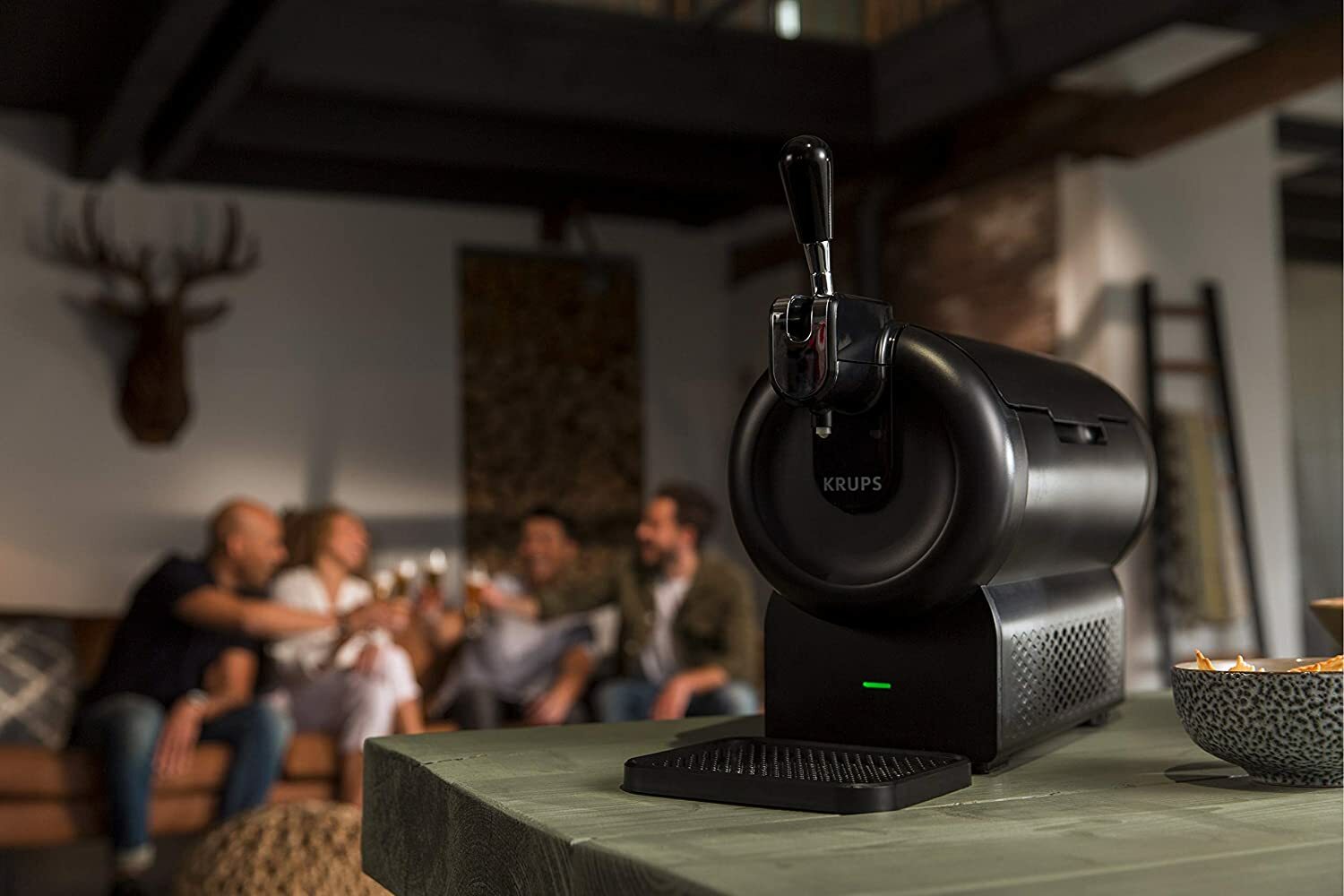 Question: Is there anything better than a chilled, fresh, relaxing, tasty, proper pint of beer in the pub? Answer (as if we actually need an answer): absolutely not.

We all like a beer at home too — a bag of cans or a few bottles are all well and good — but it’s not the same as a proper pub-pulled pint. That’s why the home dispenser has become increasingly popular. For beer enthusiasts, it should go alongside the coffee machine or kettle. One of those absolutely essential appliances that every kitchen needs.

But where to start? Different drinks for different needs, and that’s also true of beer dispensers. So we’ve rounded up a selection ofmachines to suit all kinds of beer lovers.

How does a beer dispenser work?

This really depends on the beer dispenser you buy. Some take kegs, some use their own technology, and others allow you to pour the beer straight in. We’ve even included one dispenser that sucks the beer straight from the can and turns into it a draught-style pint. Most models use kegs, or a variation on the keg.

How much beer does a beer dispenser hold?

While it would be easier for brands to list keg and dispenser capacities in pints — that’s how we like to drink it, after all — they’re measured in litres. (There’s 1.76 pints in a litre, so that’s just under two pints.) Most dispensers hold kegs of around 5 litres, though some will hold a little more or less.

What types of beer do dispensers use?

Being limited to kegs doesn’t mean you’re limited with choice of beer brands. There’s actually a wide, ever-growing range of kegs available, with brands that include Budweiser, Stella Artois, Beck’s, Brewdog, Leffe, Goose Island, Corona, and Camden Hells. The Krups machine we’ve included in this roundup uses its own style kegs — oversized cans called “torps” — which include some alternative breweries and brands. That range includes the likes of Amstel, Moretti, Tiger, Lagunitas, and Brixton.

How much does a beer dispenser cost?

Luckily, this roundup of home beer dispensers includes a range of prices, from well under £100 to almost £400. There are cheaper options available — in fact, the Salter model we've included is a steal at under £200 — but if you want good quality, be prepared to spend at least a few hundred pounds. Remember there are ongoing costs with kegs, too. A 6 litre keg will costs somewhere between £30 and £45, depending on which brand you like to drink.

What is the best home beer dispenser?

Much like beer, it all comes down to personal tastes. Maybe you need something to keep the beer flowing at a party, or maybe you’re a serious beer connoisseur who wants the absolute best machine and best-tasting tipple that money can buy. Either way, there’s something for you on this list. We’ve taste-tested the reviews and scoured the internet for a good selection to suit every kind of beer lover.

There are the best beer dispensers in 2022.