SAVE 86%: ZenMate VPN provides access to secure servers in 79 countries from around the world, making it one of the best options for streaming. A three-year subscription to ZenMate VPN is on sale for £1.33 per month, and includes an extra three months for free.

ZenMate VPN has joined a host of other top services by extending its best Christmas deal into the new year, which is great news for anyone looking to save on cybersecurity in 2022. A three-year subscription to ZenMate VPN is on sale for just £1.33 per month in 2022, saving you 86% on list price.

This heavily discounted plan also includes an extra three months for free, and is fully refundable for 30 days. We don't think you'll need to use the guarantee, but it's nice to have a bit of protection against the risk of disappointment.

ZenMate VPN might be one of the cheapest services out there, but its range of features is anything but budget. You can connect an unlimited number of devices with a single account, with access to servers in 79 countries from around the world, apps for all leading operating systems, streaming servers, P2P support, and much more.

There are also no limits on connection speed or bandwidth with ZenMate VPN, making this slick service a strong option for streaming. You'll still need to be subscribed to top streaming sites, but ZenMate VPN can provide access to extra content from around the world.

Secure your online world with the best New Year deal on ZenMate VPN. 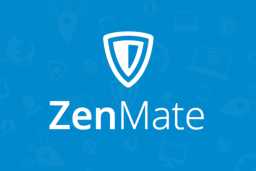