Domino's Pizza stays cutting edge with e-bikes for some deliveries 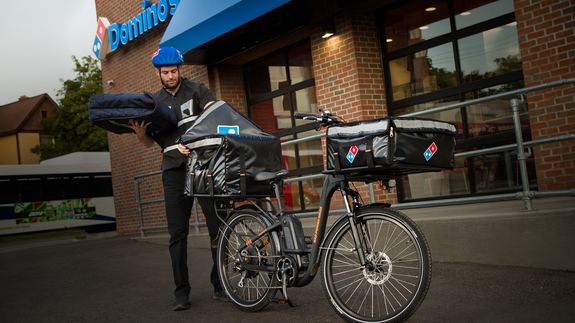 You've gotta hand it to Domino's: No matter what you think of their pizza, they're great at finding new ways to get it to you.

After rolling out robot and autonomous vehicle delivery of their pizzas, the chain is now expanding to a new trend: electric bikes. Domino's made the announcement early Tuesday, just a month after it added GPS tracking to its delivery system.

After testing e-bike delivery in three major markets — Houston, Miami, and NYC — the pizza slinger is bringing the option to even more customers, including in the Miami, Salt Lake City, Baltimore, and Houston markets.